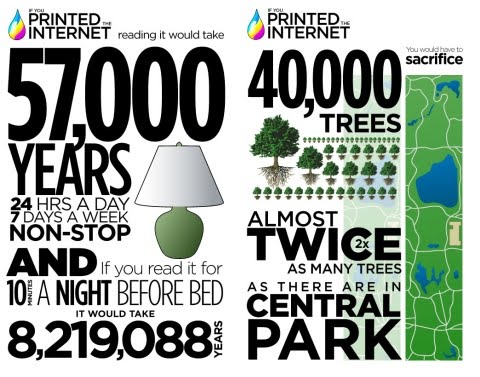 Reading it would take 57 years, 24 hours a day, 7 days a week non-stop and if you read it for 10 minutes a night before bed it would take 8219088 years.  You would have to sacrifice 40000 trees almost twice as many trees as there are in Central Park. 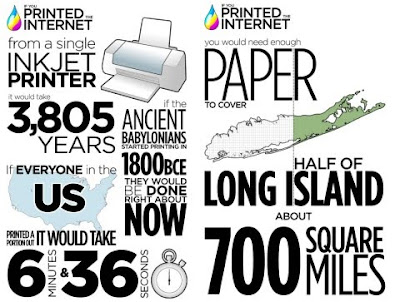 From a single inkjet printer it would take 3805 years if everyone in the us printed a portion out it would take 6 minutes & 36 secondes, if the ancient Babylonians started printing in 1800 BC they would be done right about now.  You would need enough paper to cover half of Long Island about 700 square miles. 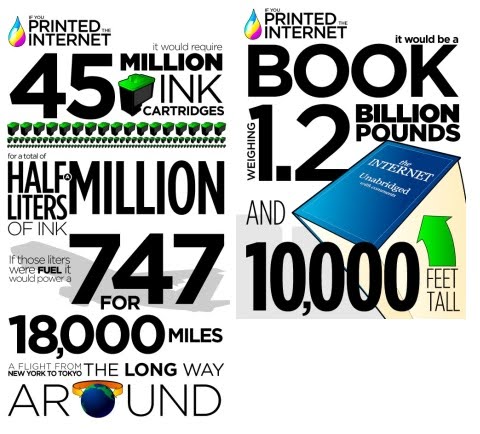 It would require 45 million ink cartdridges for a total of half-million liters of ink if those liters were fuel it would power a 747 for 18000 miles, a flight from New York to Tokyo the long way around.  It would be a book weighing 1,2 billion pounds and 10000 feet tall.  (via)
Share This