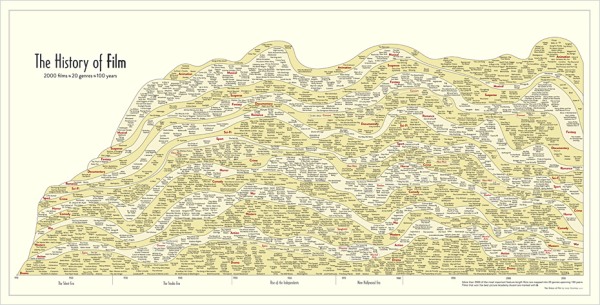 
Then I developed a set of criteria that I used as a model during the research phase of this project. Every film that was a candidate for the graphic was ranked according to the criteria. The criteria was as follows: